Vincenzo La Cava was raised and educated in Italy and in 1956 he and his father were sponsored to migrate to Australia.

Upon his arrival in Perth, Vincenzo found work in the Building Industry. In 1961 he married his wife, Michela Angela Schepis, his life and business partner and they began to work together having three children along the way. Vincenzo and Angela (as she is known) set up their own building company — La Cava Building Company. They specialized in building homes of a high quality finish.

In 1973, Vincenzo won the contract to build a Spanish themed horse training and exhibition facility, his client awarding him the multi million-dollar contract on a handshake. El Caballo Blanco was, at the time, a huge development. As a consequence of this contract, La Cava Building Company began to diversify its interests to include the importation of quality Italian ceramic tiles and materials for commercial and residential application. This diversification began to see a shift in the direction of the business and also to provide Perth with one of the first outlet for ceramic tiles previously not found in Western Australia. All quality materials were sourced from various areas in Italy. 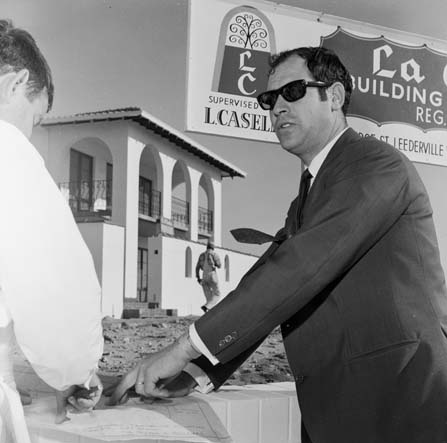 From 1973 to 1983, La Cava Building Company devoted much of its energy to the growth of the business. In 1985, Vincenzo decided to take the plunge and undertake a contract for the stonework of the Perth Burswood Resort & Casino in Western Australia. Thus the stonework division of the business was born. 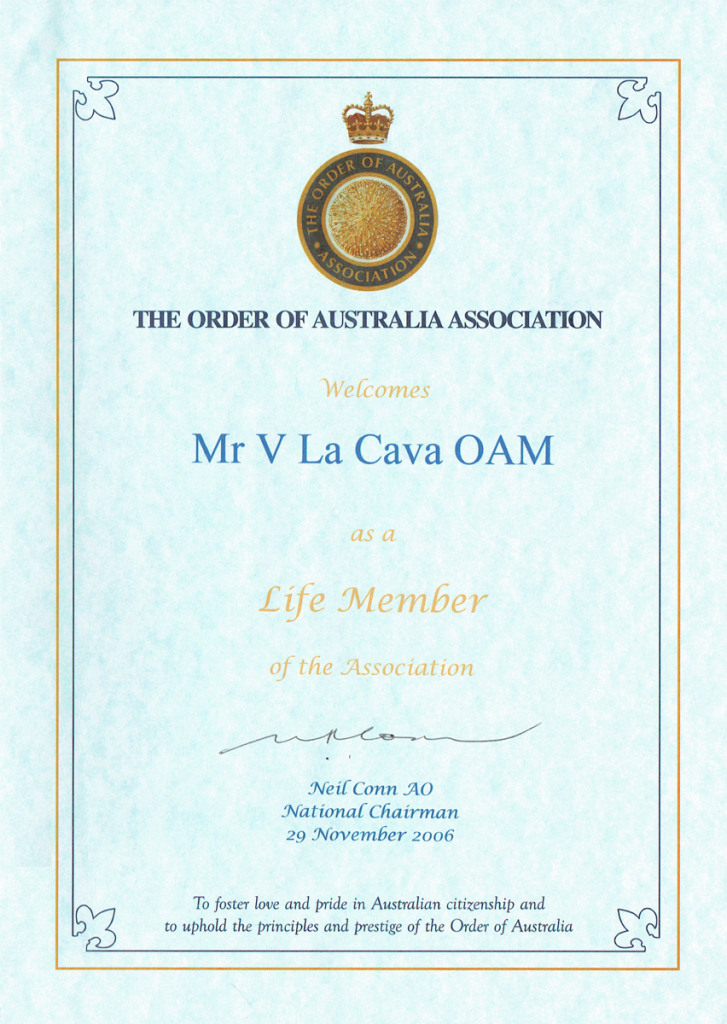 In September 2006, Vincenzo was awarded an Order of Australia.

This division eventually grew to be the largest, mainly as a result of the innovation and understanding in the application of stone as well as the investment undertaken by Vincenzo and Angela to purchase highly specialised Italian machinery and technology and to train stone masons to a high standard thus creating the supply and installation of the best quality stone available in Australia. The business continued to grow, renamed itself as ARCA and employed 50 full time staff and many other sub contractors within the industry.

A number of large contracts for stonework including some of the most prestigious construction works in Australia and Asia such as Harry Seidler’s QV1 Building Theme Park in Brunei and the Melbourne Crown Casino high end hotel rooms and penthouse suites which involved the sourcing, cutting and laying of over 30,000 m2 of stone,. It was one of the largest building projects in the southern hemisphere for its time.

He continued to research and source building industry products suitable for both the Australian and worldwide markets and now has various interests in property development and other building activities in Australia.

He visited Italy twice a year and has done for the last 30 years always promoting business development and relations between Italy and Australia. This was further promoted as his role of President of the Italian Chamber of Commerce in Perth, Western Australia, for many years.

He and Angela now have 4 beautiful grandchildren and are retired.